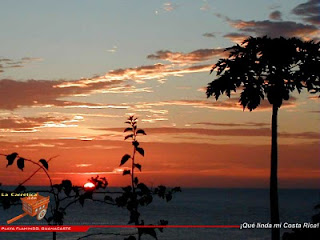 Nothing heavy here, just the fact that you must be responsible for YOU. That means that you have to improve yourself, constantly, in order to be of value to the human condition. Objectivism is about this given reality. Altruism requires you to debase and ultimately destroy yourself so that someone else can live; this is not good, but it is happening every day in the way we shackle our innovators, tax our creators of prosperity, and ultimately relinquish our freedoms in an ever-growing socialistic trend here in these United States.

We believe in a "hand-up". This is very different than the sanctioned robbery, through taxation and loss of freedoms, so as to create an environment where everyone is the same. Everyone is not the same! Yes, before the law we are to be treated the same. But beyond that, it is our own decisions and ultimately our behaviors that have a significant impact on the progress or lack of progress of our lives.

SO..... tomorrow you have the choice to act on the fact that you are responsible for you, and by doing so, you may find happiness and contentment in that which you create, in union with others, of your own free will.

In the final analysis, your attitude determines your effectiveness in everything, every time! LGL
Posted by Luis Lobo at 3:37 PM No comments: 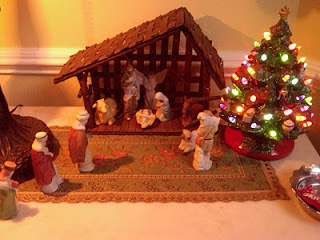 In the Costa Rican culture, the manger and nativity image, were historically the focal center of the household during Christmas time. Families would create magnificent and intricate adornments such as landscapes, lighting arrangements (candles prior to the 20th century), fruits and other miniatures. El Pasito (the manger image) would occupy a large part of the living room space and would come together in the first days of December and be in place until the Feast of the Epiphany (January 6th).

During this time families would visit one another; tamales,coffee and sweets breads would be served, and rosaries said in honor of the child Jesus. In most communities these were the most special events of the year. Until the modern era, probably up to the beginning of the First World War, Christmas eve was the epicenter of the season and Christmas day a holy day of obligation with families attending mass, as much of the population was Roman Catholic. Gifts were not exchanged until January 6th, as was the custom in Spain, emblematic of the gifts brought by the Wise Men to the child Jesus some time after his birth.

Today, the globalization of societies provides images of Santa (English and Norwegian), the Christmas Tree (German), and a host of other multicultural adaptations (we received gifts on January 6th by placing the largest shoe in the house (my grandfather's) outside our door - a tradition he brought back from Spain in the mid-1930's, and one which I keep alive with my family - this is a bonus to the "normal" gifts on the 25th - Lovely!).

Yet, El Pasito, continues to be the image that symbolizes the love we have towards one another, in whatever fashion of "family" we may experience. The birth of a child is the ongoing covenant that the human race has the potential to improve itself. El Pasito reminds us of this great hope!

In the final analysis, your attitude determines your effectiveness in everything, every time! LGL
Posted by Luis Lobo at 12:20 PM No comments: