In the final analysis, your attitude determines your effectiveness in everything, every time! LGL www.LuisLobo.Biz
Posted by Luis Lobo at 3:55 PM No comments:

NEW BOOK: "How VALUES are Practical" by Luis Lobo


All things have their time, impact and lifespan.

So it is with "It IS Your Attitude".  Today I concluded the Afterword for the final edition which is expected for the New Year 2013!

I wish to thank all of YOU for taking an interest in this project that has touched people far and wide.  I could only hope to have an impact on the conscious awareness of the reader that we all carry personal responsibility on many of the outcome of our short and precious life.

I am now completing the structure for my new work, the working title of which is "How VALUES are practical".  I expect completion within the coming year.  it will be based on the ten core values of Reality, Reasoning, Independent Thinking, productivity, Justice, Honesty, Integrity, Pride, Self-Esteem and Teamwork.  Each value will be brought to life by accomplished individuals from all walks of life.  I am EXCITED about this project.

I wish you and yours a Happy Thanksgiving, happy holidays and a great New Year in the love and company of your friends and family! 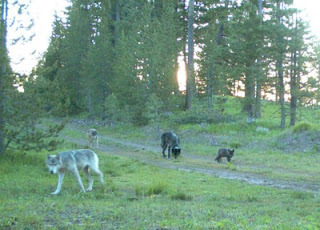 In the final analysis, your attitude determines your effectiveness in everything, every time! LGL www.LuisLobo.Biz
Posted by Luis Lobo at 1:13 PM No comments:

How to HAVE AND KEEP a Winning Team. 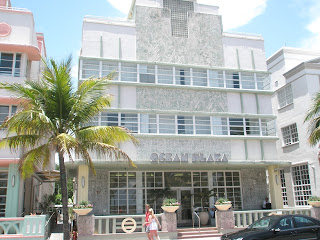 It is becoming more difficult for companies to attract qualified human capital and that they remain motivated. Talented professionals is a scarce resource:  what to know, how to find, capture, and certainly retain. There will be more potential team members who offer organizations the greatest competitive advantages to be profitable. That is why we must not lose them.

Strong talent,  often has, in many cases, high levels of rotation and seeks changing employment according to more attractive opportunities. One of the most important facts is that people seek to stay in companies that provide opportunities for development, lowering the possibilities of losing key staff.

Currently, managers and HR directors, have the difficult task of attract, recruit and retain motivated talent as a priority in their agenda of activities.

Let's look at the 10 keys to achieve this:

1. Create a trusted brand: organizational culture must be differentiated, and the organization must be consistent between the values it proclaims and their actions. To attract, motivate and retain talent, we must build a "brand" that emphasizes the good reputation of the company, both in the society where it acts as employer.

2 Foster a healthy work environment: the work environment is a factor identified as decisive and momentous at the time in which employees resolve to join on not to join the company. People need to develop in a context in which to engage in social relations and at the same time, achieve their professional objectives, accompanied by a consistent, pleasant and ethical work environment.

3. To develop the career path: is important for key personnel, to have clear possibilities for career development , guaranteeing that they will be able to grow and develop internally.

4 Encourage "ENGAGED" team-leader relationships: It is not enough that the remuneration is according to the references of the market to motivate and retain employees. The important thing is that the incentive is closely aligned to the role , and according to the needs and preferences of each worker or segment, since not everyone has the same motivations. Here apply segmentation age, geographic, etc.

5 Meet challenges: allow employees to feel a part of the organizational in their own individual achievements.

6. Optimize communication: an employee will feel more integrated as they see ideas, proposals and suggestions are taken into account. Thus, contribution is encouraged and they will feel part in the achievement of organizational objectives. Which will be to increase their commitment.

7. Provide tools for learning: training in various areas are motivating actions that they need to feel so they prosper and grow in their careers. It should take into account that employees seek to stay and grow within a company,  they must have constant training, the employability of our collaborators must always be maintained, which is a social responsibility of organizations.

8. Create a culture of trust: trust affects the behavior of individuals and organizations. Higher productivity in an outcome when mutual trust within the company exists. It is important to set limits to avoid going to the extremes, since the line is thin and we must not make the Organization a club of friends.

9. Balance between work and family life: retain employees, giving them more time flexibility, is another of the recommendations made by the specialists. An example is the so-called home office, allowing you to work from home. Another alternative is to allow employees to attend school events of their children, provide benefits of nurseries, etc. Actions in this regard will enhance the commitment,  and employees will have more balance between work and personal life.

10. Promote sociability: set as priority and promote peaceful coexistence between members. A good atmosphere in the office improves employee performance and reduces stress. Fostering group activities, leads to a greater understanding among people in the team.

In the final analysis, your attitude determines your effectiveness in everything, every time! LGL www.LuisLobo.Biz
Posted by Luis Lobo at 4:15 PM No comments:

and the time passes...

I often come back from Philadelphia with a spring in my step and some added enthusiasm in my heart due to the great optimism of the student body, team, etc at Stonier-Wharton at U Penn.  No different this year, but with a greater scope of possibilities, both in that world and in my own within my organization.

What began in November as as new challenge as I begin my 30th year, is now blossoming through the arms and heads of many others.  What we seek to accomplish is economic prosperity for our clients, communities, shareholder and US.  Who is against a WIN/WIN/WIN/WIN?  But defining how we go about it has been transformative in nature.  Lyndon Johnson said "most people want to do the right thing,but do not know what the right this is" - TRUE.  Not that I know for sure, but showing people respect by showing up, and acknowledging their being and culture goes a long way, that is how relationships form between individuals, communities and nations.

So tomorrow I visit my homeland of Costa Rica to finish a responsibility requested by my father long ago.  I go feeling proud to have accomplished his charge, but also to have been able to place my chin in the wind, and create an impact.  That is it, right?  To make an impact, and not to have simply drifted through life anonymously.  That I could not allow myself to do.  The reason being that I must prove the purpose of my father's one-way ticket with destiny.  He was taken at 52 before he realized his full potential, but we are still here and undaunted.

Tomorrow I will smell that sweet fragrance and look upon that clear blue sky framing those mountains in the distance, the land of my ancestors - a land new to them also many centuries ago after fleeing religious persecution as Sephardic Jews.  When I do so, that breath and that clarity will stand where they stood and gazed upon a new world upon which to leave a mark. 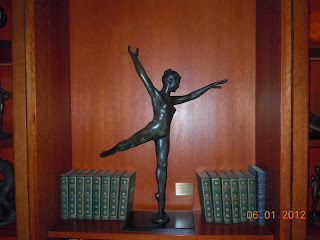 The first Jews in Costa Rica were probably conversos, who arrived in the 16th and 17th centuries. In the 19th century Sephardic merchants from Curaçao, Jamaica,Panama and the Caribbean followed. They mostly lived in Central Valley and were soon assimilated into the country's general society and eventually gave up Judaismaltogether. A third wave of Jewish immigrants came before World War I and especially in the 1930s as Ashkenazi Jews fled a Europe threatened by Nazi Germany. Most of these immigrants came from the Polish town Żelechów. The term Polacos, which was originally a slur referring to these immigrants, has come to mean salesman in colloquial Costa Rican Spanish.
The country's first synagogue, the Orthodox Shaarei Zion was built in 1933 in the capital San José (located along 3rd Avenue and 6th Street). Along with a wave of nationalism, there was also some anti-Semitism in Costa Rica in the 1940s, but the co-existence between the Jews and the Catholic majority has only led to few problems. Recently there has been a fourth wave of Jewish immigration consisting primarily of American and Israeli expatriates retiring or doing business in the country. The Jewish community now consists of 2,500 to 3,000 people, most of them living in the capital.[12]
The San José suburb of Rohrmoser has a distinct Jewish presence. A couple of synagogues are located here, as well as a kosher deli and restaurant. The Plaza Rohrmoser shopping center has the only kosher Burger King in the country. The Centro Israelita Sionista (Zionist Israeli Center) is a large Orthodox compound where a synagogue, library and museum are located.

In the final analysis, your attitude determines your effectiveness in everything, every time! LGL www.LuisLobo.Biz
Posted by Luis Lobo at 2:34 PM No comments:

In the final analysis, your attitude determines your effectiveness in everything, every time! LGL www.LuisLobo.Biz
Posted by Luis Lobo at 1:57 PM No comments: