How our opinions are formed. 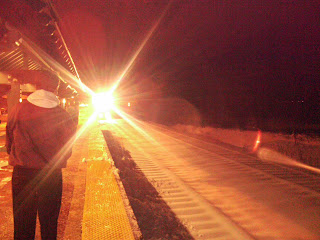 Several years ago, during the height of the economic boom, I visited with scholars of the CATO Institute in DC. The conversation was about "why people, or some people behave as they do; or what does it take for people to react". Their analysis was driven by socio/economic status research which posed the following pyramid of influence:

5% of the population controls a vast amount of the wealth and intelligentsia, either on the left or the right. This 5% can influence the next 10-15% due to allocation of investments and political pressure.. This combined 20% can, at times, drive the beliefs and behavior of the next 20-25%. So now you have a cascade of influence that can move nearly 50% of the population, but most effectively at the highest 20-25%. What happens,I asked, about the lower 50%? They are nearly immovable, and only with events such as the attack on Pearl Harbor, Katrina, or 9-11 will they respond, for some period of time; then again goes into a placid state. I was devastated by this response, that nearly 50% of the population is detached, mostly.

Today the Washington Post published data by the Pew Research Center: What opinions, habits, surmises, hopes and fears do 20% of us share (recall the pyramid above)

1. President Obama is a Muslim;
2. socialism is superior to capitalism (2009 Rasmussen survey);
3. reports " excessive sleepiness";
4. believes the harsh techniques used to interrogate terrorism suspects, were torture but still legitimate;
5. fears job loss in the next 12 months;
6. believes in the right of a state to secede;
7. thinks marijuana is more dangerous than alcohol;
8. believes that intelligent beings from other planets have made contact with
humans on earth;
9. skips medical care when sick or injured;
10. believes that the government "enjoys the consent of the governed"
11. admits to peeing in the pool.

So the question now becomes: "whom is influencing whom?"

In the final analysis, your attitude determines your effectiveness in everything, every time! LGLwww.LuisLobo.Biz
Posted by Luis Lobo at 1:08 PM No comments: