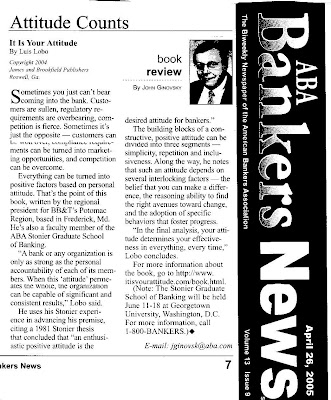 In the final analysis, your attitude determines your effectiveness in everything, every time! LGLwww.LuisLobo.Biz
Posted by Luis Lobo at 3:37 PM No comments:

THE LAW OF EXPECTATION 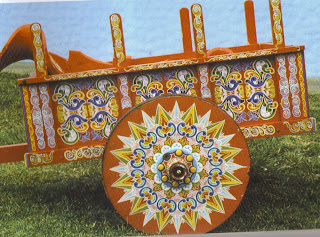 I've found that whatever you expect, with confidence, becomes your own self-fulfilling prophecy.

When you confidently expect good things to happen, good things usually happen to you. If you expect something negative to happen, you are usually not disappointed.

Your expectations have an inordinate effect on the people around you as well. What you expect from people and situations determines your attitude toward them more than any other factor, and people reflect your attitude right back at you, like a mirror, whether positive or negative.

Dr. Robert Rosenthal of Harvard conducted dozens of controlled experiments over the years to test the power of the expectations of teachers on student performance. In his landmark book, "Pygmalion in the Classroom," he tells of case after case where teachers were told that a student, or sometimes a whole class, was extremely bright and was predicted to make a quantum leap in academic performance in the coming year.

In your own personal life, your expectations of your staff, your boss, your customers and even of your own future tend to come true. Your expectations exert a powerful influence on people and events, for good or for ill, so be careful!

In the final analysis, your attitude determines your effectiveness in everything, every time! LGLwww.LuisLobo.Biz
Posted by Luis Lobo at 3:12 PM No comments: