Luis G. Lobo: An America for today and tomorrow.

Luis G. Lobo: An America for today and tomorrow 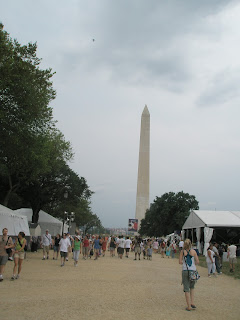 
There is no making America great again. Since World War II, and, notably, the Soviet collapse, nearly every U.S. born citizen has benefited from the highest standard of living in the world. The United States has been the undisputed leader and innovator in the sciences, commerce and military power. The most motivated individuals from across the globe wish to make this country their home by establishing businesses, sending their best and brightest to American universities or by simply changing the reality of their daily lives. Our 229-year-old constitutional version of freedom is what has propelled us and the rest of the world, through The Pax Americana conceptualized at the Bretton Woods conference of 1944 to the America of today.
The Great Recession of 2008, and its slow worldwide recovery, has been described as a national stumble. An interconnected world that was crafted over 70 years ago, as well as regional economic alliances such as the European Union, will ebb and flow according to economic and political realities. Therefore, an isolationist future is neither viable nor desirable. We only need to study the example of Japan, the country that was supposed to be the economic giant when I came out of college in 1983. In Japan, growth is stagnant, there is a comparative scarcity of cultural diversity and the country has been in a 20-year recession driven by a birth rate lower than the death rate. Japan’s homogeneity deeply impacts its restrictive immigration policies, where only 2 percent of its population is non-Japanese, currently with little hope of being “great again.
My parents were immigrants from Costa Rica in the early 1960's, finally settling in Lincolnton, NC, where my brother Carlos and I were the first Latino children to enter the
Lincoln County Public Schools, just a few years after the integration of white and black students. I am not sure what being “post-racial” means, but to me it does not mean ambivalence about or denial of being Latino. My family and I all celebrate it, make fun of it at times, and relish the outcomes of my parents realizing their American Dream, which, in turn, led to so many others being accomplished.

In many places of our country, people continue to live apart from others who are culturally, racially and religiously different from them. It is a free country; you can live where you can. Today, 46 percent of K-12 age students, 38 percent of millennials and a full 1/3 of the nation as a whole are of African, Latino and Asian heritage. With a 51-percent minority birthrate going forward, this country’s demographic reality is permanently changing.
“Making America great again” cannot mean going back to a disintegrated society. Our children have grown up together and their reality is not ours. I know the great destroyers of mankind such as poverty, oppression, hopelessness and ignorance are alive and well in our nation. Yet when my wife and I visit our grown children and witness their interactions with their diverse group of colleagues and friends, it adds to my optimism for our America, the America of today.
Americans are a people who wish to improve their lives, regardless of whether they were born here or came here as immigrants. We seek to earn our way, foster our own self-worth and take pride in ourselves as Americans.
We have much work to do, but our precious democracy allows us — no, expects us — to work together for the America of tomorrow.
Luis G. Lobo is an executive in the banking industry based in Winston-Salem.

Luis G. Lobo: An America for today and tomorrow - Winston ...

In the final analysis, your attitude determines your effectiveness in everything, every time! LGL www.LuisLobo.Biz
Posted by Luis Lobo at 12:28 PM No comments: